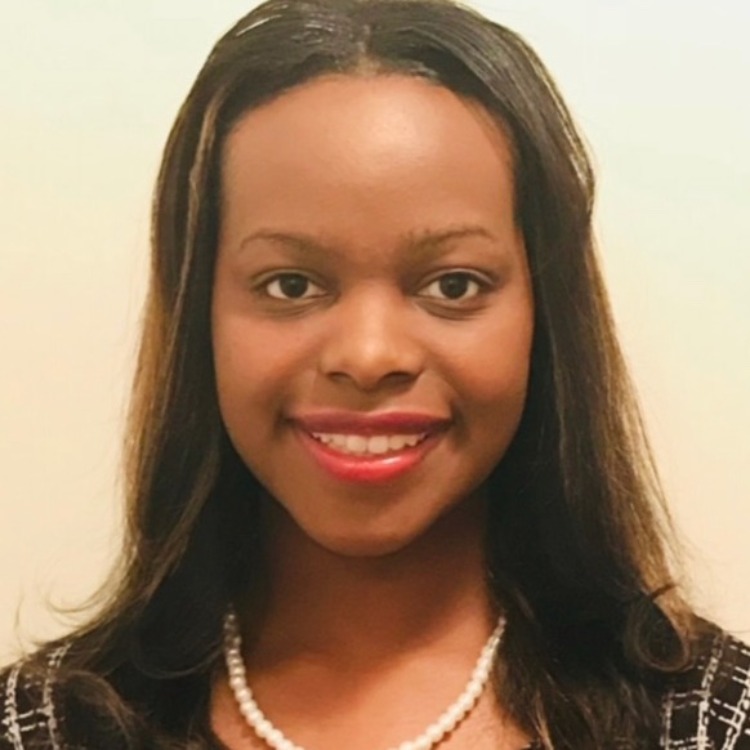 Whitney Thornton is the first recipient of the Terry Fulmer Scholarship. Dr. Terry Fulmer is a leading expert in the field of geriatrics both nationally and internationally.

Whitney received a Bachelor of Science degree in Public Health from Georgia Southern University. While acquiring her degree, she received the Eta Sigma Gamma National Founders Award for her work and dedication in the field of public health. She then interned at the Georgia Department of Public Health Southwest district in Epidemiology and Surveillance, which led to a position in Emergency Preparedness. In 2019 Whitney earned a Bachelor of Science degree in Nursing from Emory University. While at Emory University, she received the National Health Professional’s Scholarship, and she was selected as a Veterans Affairs Academic Scholar. Currently, she attends Duke University and is pursuing her Master of Science in Adult Gerontology Primary Care - Nurse Practitioner Program with a certification in Veterans Healthcare. She is currently a member of Sigma Theta Tau International honor society.

Whitney’s passion and love for nursing comes from helping her mother take care of her paternal and maternal grandfathers when they were diagnosed with cancer. Her passion for working for veterans stems from her maternal grandfather, great grandfather, and uncle who all served in the armed forces. She currently works for the Tallahassee VA Clinic in Tallahassee, Florida where she is a PACT RN Care Manager in primary care. Previously Whitney worked as a spinal cord injury and traumatic brain injury rehab nurse at the Charlie Norwood VA in Augusta Georgia. Her experience there inspired her to be an advocate for veterans with spinal cord injuries.

She is actively involved and remains connected to Emory. She serves as an Emory University Alumni Board of Admissions interviewer. As well as an alumni nursing mentor. Whitney believes in nurses supporting, growing, and connecting with each other. For this reason, she also serves as a mentee for the American Nurses Association mentorship program.

Whitney chose to pursue an advanced degree in order serve patients and their families as a clinician in rural areas much like the bucolical setting in which she grew up. She decided to pursue an advanced nursing degree at Duke University for many of reasons. While attending grade school Whitney earned the distinction of becoming a DUKE TIP scholar (The Duke University Talent Identification Program, a nonprofit organization dedicated to serving academically gifted and talented youth.

With each passing year Duke University became a part of her future aspirations. Duke’s AGPCNP program aligned with her personal, service, and career goals. Additionally, Duke University possessed the only certification in the specialty of Veteran’s Healthcare. That solidified her decision to attend Duke University. Since attending Duke, Whitney has participated in the inaugural APRN Multicultural Program with Children’s Hospital of Philadelphia (CHOP). Her vision for her future career, as a health care provider, is working in a clinic setting, serving both adolescents, adults, and geriatric patients. She wants to be the type of provider that participates in a team approach to all aspects of patient care with the patient at the center.