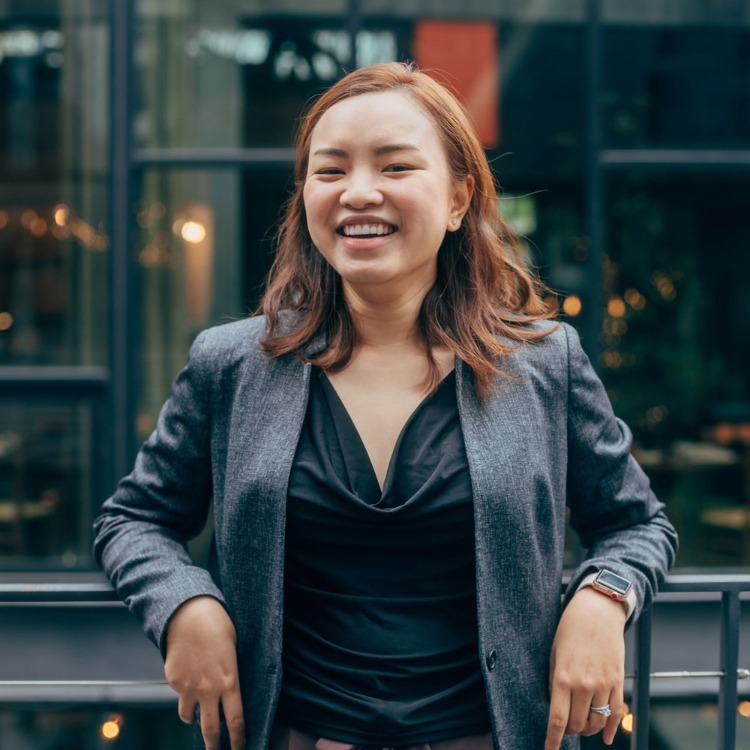 Phoebe Lim-Vuong, the recipient of the Georgette Viellion Scholarship – awarded to nurses who intend to support future nurse educators and leaders, is currently studying for her doctoral degree, specializing as a Family Nurse Practitioner in the Doctor of Nursing Practice Program, at the Johns Hopkins University School of Nursing in Baltimore, Maryland. Phoebe received her master’s degree in Nursing Practice, Clinical Nurse Leader, from Rush University in Chicago, Illinois, and her bachelor’s degree in Biochemistry from the University of Washington in Seattle, Washington. Phoebe currently teaches a clinical course at Highline College in Des Moines, Washington, and works as a teaching assistant at Johns Hopkins University. She had previous experiences in hemodialysis and worked on the front line during the COVID pandemic providing COVID testing and vaccination to the community.

Coming from a disadvantaged background, Phoebe experienced first-hand the lack of preventive healthcare and its consequences, which led to her parents suffering from chronic illnesses. As a nurse practitioner, she wants to provide the much-needed preventive care and advocate for the underrepresented groups in her community. As a first-generation college student from an immigrant family, Phoebe was overwhelmed and unprepared in her undergraduate study until she was accepted to the Washington State Opportunity Scholarship (WSOS) mentorship program. As a result, she understands the challenge that other first-generation students face, the importance of mentorship to bridge that gap, and the need for a more diverse workforce representing the underserved community. She owed her success to the teachers and mentors who inspired her as she watched and experienced their commitment to paying it forward to the next generation of nurses and health care professionals, especially those from disadvantaged backgrounds. Her professional goals are mentoring the next generation of minority nurses and leading the current effort to increase the diversity of the nursing profession and nursing leadership.

While at Rush, she served as the membership coordinator and then president of the Rush University Student Nurses Association, providing mentorship and leadership opportunities for the nursing students. She led the effort and secured the 3MTM Littmann® Stethoscope Leadership Development Grant, administered by National Student Nurses Association to provide leadership training to the university’s nursing students’ community. Currently, Phoebe serves as the Director at large for the Washington State Nurses Association (WSNA), collaborating with other nurse leaders to advocate for nurses, nursing students, and patients as well as elevating the nursing voice in the political arena. In addition, she serves as a trustee for the Washington State Nurse Foundation and Vice-Chair of the Political Action Committee; both are sub-committees of WSNA. Phoebe also volunteers as a committee member in the King County Nurses Association’s Nominating Committee. Her goal in joining the local and state nursing organization is to support the current effort to build a strong nursing coalition in the community. In 2022, she will serve as one of the Washington state’s delegates to the American Nurses Association annual assembly. Her DNP project, collaborating with ARNP United of Washington State, serves as a steppingstone to increasing nurses’ awareness and engagement in health care policy in Washington state.

Besides school, work, and organizational work, Phoebe also volunteers as a mentor for first-generation college students interested in health care for the WSOS to pay it forward, supporting and advocating for disadvantaged students to pursue their careers in healthcare. The path that she had taken in teaching and mentoring also made her realize the opportunity for growth and the need for more minority representation in nursing leadership. Graduating from Johns Hopkins in 2023, Phoebe hopes to continue her teaching position at Highline College and a clinical role in a diverse, disadvantaged clinic in her local neighborhood. Her goal is to be the role model and guide that the next generation of minority nurses can count on.