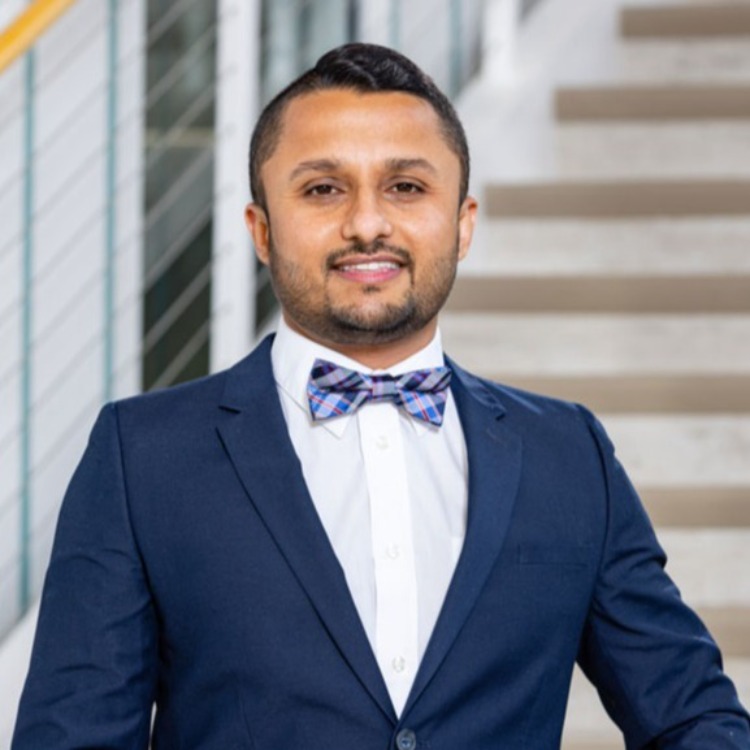 Amit (Mickey) Dhir NP-C, MSN, MBA, AAHIVS is the recipient of the Cynthia Davis Sculco Scholarship. He is currently a first year PhD student at the Johns Hopkins University School of Nursing (JHUSON) in Baltimore, MD. Mickey graduated with his Bachelor’s in Biological Sciences & Molecular and Cell biology from the University of Connecticut. He then went on to pursue his MBA in healthcare management at Davenport University, where he quickly realized his passion for nursing during his management capstone at a large Ryan White HIV clinic. After finishing his MBA, Mickey pursued his BS in nursing and MSN as an Adult Primary Care Nurse Practitioner, with a 1-year specialized training in Infectious Diseases at JHUSON and the Johns Hopkins Hospital.

Mickey’s intended research interests to work in the field of HIV were propelled during his time as a student at JHUSON. While working as a research assistant under Dr. Farley’s study on HIV and MRSA infection within the community of Baltimore, he solidified his professional and research curiosities further to train as a HIV nurse practitioner. He also had the opportunity to co-author a publication with Dr. Hayley Mark on screening and treatment for STIs in the United States.

Throughout his studies to become a nurse practitioner, Mickey focused his attention on developing expertise in HIV, STI and Hep C disease management. As a result of this training, he works as a clinician serving the most underserved sub-populations at a local FQHC in Baltimore providing HIV care and managing the busiest HIV Pre-Exposure Prophylaxis (PrEP) clinic. He has also partnered with local organizations like Baltimore City Health Department (BCHD) and U equals U (Undetectable equals untransmissible) campaign to deliver messages to inform the communities in Maryland about HIV disease management, HIV prevention, and U equals U.

To address the HIV epidemic locally in Baltimore, US and worldwide, he certainly believes that we need to have a better understanding of HIV prevention technology - PrEP. With multiple PrEP options available, the HIV epidemic continues. Long-acting cabotegravir (LA CAB) for HIV pre-exposure prophylaxis (PrEP) was recently approved by the FDA based on data that demonstrated superiority to oral PrEP medication - TDF/FTC. LA PrEP may help overcome key challenges of oral PrEP, such as daily pill adherence and refills, which have been shown to affect the efficacy of PrEP, particularly among key populations, such as men who have sex with men (MSM.) MSM bear a disproportionate burden of HIV, and HIV prevalence among MSM in Baltimore, MD is one of the highest in the United States. Studies to date have explored the acceptability of LA PrEP as a hypothetical option among MSM; however, since the FDA approval of LA CAB in December 2021, little is known about perceptions and acceptability of LA PrEP in high-risk MSM communities and its relation to sexual network structures. Hence, Mickey’s dissertation study is entitled “Extending the Prevention Toolbox: Exploring the Acceptability and Impact of Long-acting Injectable PrEP among MSM in Baltimore.” This study will not only provide valuable information on community preferences across PrEP choices to inform messaging and effective support mechanisms for MSM in Baltimore as they explore and initiate PrEP, but also generate meaningful data on behaviors and networks to inform broader epidemiological models. Mickey plans to continue to build upon his research by establishing a foundation for future studies to evaluate the role of LAI PrEP in MSM communities globally and can be extended to other key populations to implement an informed PrEP strategy.

His long-term goals are to continue HIV research, and work in international policy with WHO or CDC, focusing on HIV prevention program implementation in developing and under-developed countries.